I was outside at a bar last night, having a smoke in a chimney of an outdoor smoking area when a few people started swapping travel stories. They were doing those really exciting ones, like:

“oh my god, when I was in THAILAND (pause for emphasis), we were driving motorbikes along the dirt roads, and it was crazy, and like oh my God we nearly died! This truck came round the corner, too fast – they drive like maniacs over there, oh my God – and I tried to swerve away, but the front wheel slid on the dirt and I was like, oh my God, I’m going to die, and the bike’s almost sideways, sliding along and me with it – I am NOT bullshitting you – and then the truck’s sliding too, and – no shit, I went under the truck, righted the bike and then continued down the street.”

I might have exaggerated a little bit there, but you know what I mean – those amazing stories of death-defying hijinks and adventure while travelling. About four of these stories went back and forth around the circle, and I started racking my brain for one of my own. Now I’ve done my fair share of travelling and done and seen some pretty amazing things, but I couldn’t think of one that wouldn’t have been a massive anti-climax for the audience. My travel stories, and the way I travel, aren’t particularly exciting. 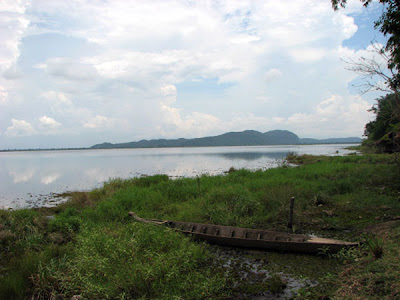 I could have described the afternoon when I convinced my motorbike driver (Bart) in Battambang, Cambodia (pause for emphasis) to take me out 100km along a extremely bumpy dirt road (which happened to be the major highway) to visit a man-made lake, Kamping Pouy, commissioned by Pol Pot as part of his agricultural transformation of the country, the construction of which killed close to ten thousand people. Bart and I swung in hammocks overlooking the lake for a few hours, chatting about his country. There were a few chickens running around, and someone barbecued one for us. What they didn’t barbecue (the feet, neck, etc) they put into a tasty soup.

Most of my impressions of travel (and perhaps life) are like this – nice stories, beautiful memories, but not contenders for an exciting story competition. Luckily last night the train of conversation changed before one of the people I was with could say ‘Mark, you’ve travelled a lot, you must have some AMAYZING stories. Tell us one.’ 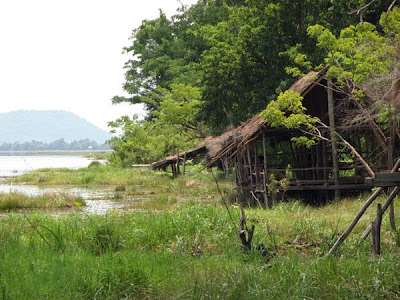 But it’s made me consider my next adventure and I’m thinking of doing a bit of an epic this time. Tentatively – I’ll fly into Ho Chi Minh (in the south of Vietnam) then travel north, via boat and death-defying motorbike, to Ha Noi. From there I’ll take a train across China (it’ll take a few days) to Beijing, to visit my brother and sister-in-law. From there I’ll travel to the port of Tianjin, to take a boat to Incheon, which is close to Seoul, capital city of South Korea.

I’ll travel south-west through Korea, retracing the steps of my first overseas trip, when I was eight, making my way eventually to Busan, where another boat will take me to Japan. There’s an area of Japan called the Inland Sea, a body of water separating three of Japan’s main islands, containing around 3,000 smaller islands. I’ll head across this, by boat again, on my way to Osaka, and then to Tokyo, hopefully to see my sister. Then I’ll fly back to Sydney from Tokyo. 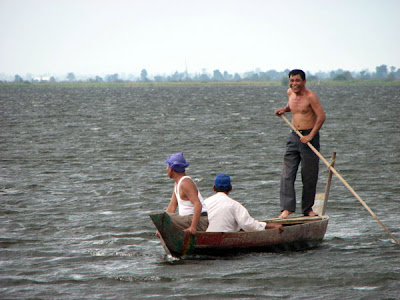 Epic. As I said, I’m in the early planning stages, so any tips are more than welcome.

The photos in this post are from that day in Cambodia.