Brendan Sokaluk and the Bushfire – stranger than fiction 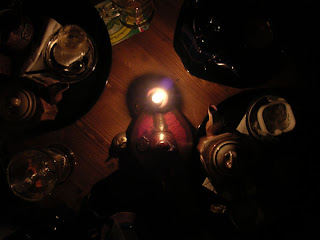 When I was a post-graduate student, my supervisor once explained how truth could indeed be stranger than fiction. She said things quite normal or credible in real life would be unbelievable if used in a film or a book. She used an example from her life – in primary school, she had three four girls in her class named Jessica. Not so unusual – there were three guys named Mark and five named David in my year at school. But in a work of fiction, something like this would be unacceptable – an audiences hold on, that’s a bit far-fetched isn’t it-meter would go off.

I remembered this today when I read about Brendan Sokaluk, the guy accused of starting a bush-fire which killed 21 people near Churchill in South East Victoria. My dramatic instinct fired when I learned he’s apparently semi-literate and started the fire because he was angry with his girlfriend, who he believed had been cheating on him. And to ramp it up a notch, the woman is a volunteer fire-fighter and also potential pyromaniac. Plausible, believable, and ripe for narrative exploitation. Telemovie with Georgie Parker here we come.

But when I read he is also charged with possession of child pornography, the whole thing started getting a little surreal. What’s even more insane is some of the discussions taking place on Facebook. As I write, there are eleven (correction, twelve) Facebook groups directly devoted to the alleged arsonist. Some of them are idiotic and juvenile , but others are a little off-putting. The Brendan Sokaluk must burn in hell group has 3,761 members and counting. One group is offering $10,000 to anyone who kills him – membership of this group has doubled in the time it took me to research, write and post this.

Worst of all, people have posted his picture and home address on the site. This could lead to hounding of his family and friends, and may lead to Brendan Sokaluk not being able to go to trial. That would be the biggest tragedy. People are enraged and distraught, rightly so, and they will need concrete closure if they are ever able to move on. Talk and action about improving fire management strategies, however appropriate, will not satisfy the masses. The trial of Brendan Sokaluk will. He is the witch for the nation (led by a pitchfork wielding media) to burn at the stake.