Every time I hear or read something of Germaine Greer, I fall a little further in love with her. I know that she has a flair for the sensationalist, and sometimes lacks sensitivity, but to date there’s nothing she’s written or said that I disagree with. 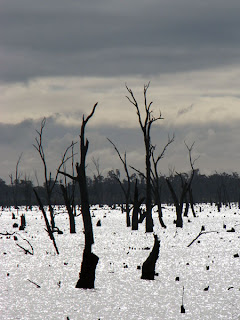 While attending a charity event in London, she commented on the Victorian Bushfires. In typical fashion, she jumps directly to the heart of things – criticising the preparedness of the government and authorities to deal with the fires. She states “we can’t prevent fire. What you are going to have to do is learn how to use fire,” arguing that if we had managed our resources properly, through regular controlled burning in the cooler months, the loss of life and property would have been much less. She says that “fire plays an essential role in the cyclical life of Australian forests … for 60,000 years, Aboriginal people used fire to manage the environment.”

David Packham, senior researcher at Monash University, agrees. He believes that if the authorities had practiced regular fuel reduction burning, nobody would have died. Matt Plucinski from the CSIRO argues against fire reduction burning, saying it has the potential to ‘create smoke pollution and upset people.’ Sorry Matt, your argument isn’t as good as the others.

Germaine also dropped in a juicy morsel designed specifically, or so it seems, to grab a headline. She belittled the government’s focus on searching for arsonists who may have begun a small number of the fires. “It’s useless running around looking for arsonists,” she says. “The arsonists are us. They are our government and our administrators. We have been stupid.” 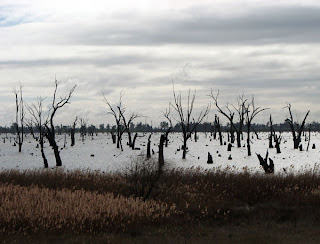 When we see (expatriate academic) Germaine Greer in the media, it’s usually for saying something inflammatory like this. But if she didn’t give us the headline, who would listen to her? Some would say that we shouldn’t – that she rarely has any idea what she’s talking about. I think this is a bit harsh. If a charge could be laid on her, I’d say it’s oversimplification. She tends to reduce issues down to basics and ignore individual characteristics. For example, given the extreme weather conditions in the south of Australia, it’s debatable whether anything could have been done to prevent the fires.

Personally, I admire that she is able to cut right through to the heart of things. Insensitive, oversimplified, or not, what she is saying is right. Looking for arsonists is reactionary politics. Most of them won’t be found, and punishing them isn’t going to reverse the damage or loss of life. The arson-element takes away from the fact, as she is trying to point out, that the damage didn’t have to be this bad.

The government can’t and won’t admit any liability for the bushfires, but they have announced a Royal Commission into the Bushfires. My hunch is that it will agree, at least in part, with my Germaine. It’s a shame she’s close to forty years my senior.