Kevin Rudd gets it right on the money 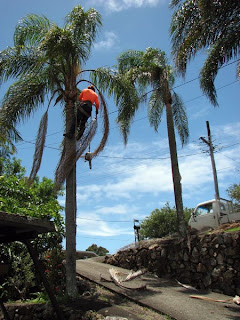 In the past I’ve been critical of Kevin Rudd. This time I have to say that I admire what he and the government are trying to do to reduce the impact on Australia of the weakened global economy.

The $42bn stimulus package announced yesterday is extremely bold, and I think worthy of applause. Rather than propping up and investing in banks and failing big businesses as other governments, including the US and UK, have done, the Prime Minister and his government are coming at the problem from the other direction.

For starters, people earning under $100,000 per year will receive cash payments of close to $1,000. This will ease the burden of rising prices (food is set to rise after drought and downpours in the south and north) and also encourage people to continue spending. A precedent for this was set with the $10.4bn stimulus package of last year, which put money in the hands of elderly and disadvantaged Australians. Economists have stated that this measure, along with falling interest rates, have helped protect the Australian economy. It also led to growth in the retail sector across December, something which didn’t happen in the US and UK.

Another part of the stimulus package involves significant investment in social housing, buildings in schools, free installation of insulation in many homes and major road works. To me it seems pretty obvious that all of these initiatives involve the creation and maintenance of jobs for the people who will carry out these services. They are also an investment in the future – insulation is good for the environment and will reduce electricity consumption, Australia’s roads and schools and disadvantaged have been ignored by the government for too long. The package will also contain significant tax breaks for small businesses to acquire certain types of assets.

The opposition leader, Malcolm Turnbull (who unlike Rudd will continue to garner criticisms from this blogger) has signalled that his party intend to block the legislation, which has led to a Senate inquiry. They don’t want people to be given cash payments, they want tax breaks instead (which are coming anyway). And they also think that about half as much money should be spent on the initiatives the government wants to spend it on. He hasn’t said what he would do instead, but I’m betting it would involve propping up failing businesses. 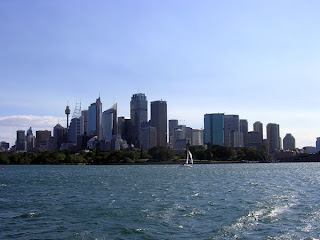 Turnbull is playing politics, dangerously I might add, and he’s also revealing just how firmly entrenched in the Right he and the opposition are. When people are losing jobs, he doesn’t want to spend money to save or create them. Beyond the obvious impact on jobs the investments will have, the cash payment, as it is being spent, will continue to help sustain the retail sector, again saving jobs. The vital component of the market, at the end of the day, is the consumer, who needs to have money to spend to keep the system going.

In this month’s The Monthly, Kevin Rudd has written an essay about the global financial situation. I’ve only read an extract so far, but one thing he says is the great neo-liberal experiment of the past 30 years has failed. Basically he’s referring to decades of government policies, championed by leaders such as Thatcher, Regan and Howard, which have taken state assets and services, such as natural resources, telecommunications and transport, out of the hands of public ownership and into the private sector. It was all about ‘the free market’ and it made a handful of people very rich. Now that this ‘ethic of greed‘ has hamstrung the world economy, I find it quite inspirational that Kevin Rudd is going straight to the people with what he calls ‘social capitalism’.

Let’s hope the stimulus gets through the Senate. Huzzah Prime Minister, huzzah!