Are racism, nationalism and violence what ‘define’ us? 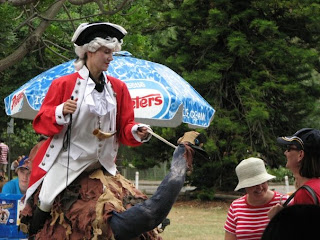 I have mixed feelings about Australia Day. On the one hand I am proud of my country. I think it’s a beautiful place full of wonderful people. I think that should be celebrated. I’m also partial to the annual festivities at my local, Parramatta Park, which start with hot air balloons in the morning and culminate with a concert and fireworks close to eighteen hours later.

But my pride is not blind. For all the wonderful people in Australia, there are a fair share of dickheads too. They were out in force again this year, with brawls, attacks and abuse occurring around Sydney’s beaches, and also on the Gold Coast.

The majority of the sentiment was directed against people of Asian, Middle Eastern or Sub-continental appearance. One woman, originally from Hong Kong, said that after being abused last year, she spent this Australia Day inside watching TV.

Another might have been exaggerating a little when she compared what happened in Manly on Monday to the Kristallnacht (Night of Broken Glass) in Nazi Germany, where 91 Jews were murdered and 25,000-30,000 were sent to concentration camps over one night. But then again, the woman was actually at both events. She said: “The last time I saw such scenes I was a little girl. It really was Kristallnacht on the beach: the same faces, the same hateful expressions. I never thought I would experience this again but I just did, on the other side of the world.” 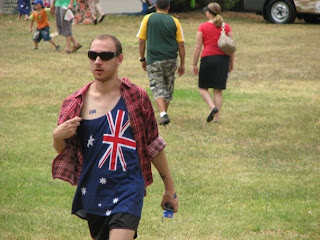 Yes, the dickheads doing these things are a minority, but the views they share are not as uncommon as we might like to think. Racism in any form is a blight on human civilisation. On Australia Day, when I saw young people dressed and draped in Australian flags, it didn’t remind me of the great things about my country, it instead made me think of all the ignorant racism out there.

Gerard Henderson, in the Herald yesterday, wrote an article entitled ‘Settle down – it’s our defining day‘. It was in response to comments by Australian of the Year Dr Mick Dobson regarding the way many indigenous Australians (and others) regard the 26th of January as ‘Invasion Day’ and so a national dialogue should be opened about potentially changing the date.

I’ll wade into that issue properly at a later date, but the title of Henderson’s article made me pause. Sure, the whole country enjoys a public holiday on this day, but only since 1935. There’s a sense of ironic synergy that on the day Europeans sailed into Sydney Harbour to take possession of an already occupied country, the descendants of those Europeans celebrate by directing hatred at fellow ‘unwanted’ immigrants.