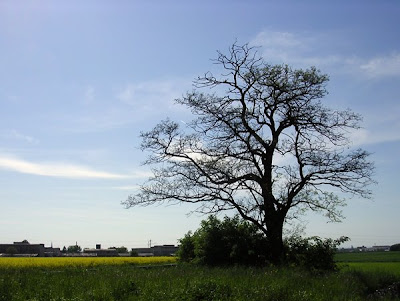 Australians have every right to be disappointed with the governments paltry greenhouse gas emissions reduction target of 5% by 2020. Brushing aside the election promises, these targets are essentially condemning to death some of Australia’s greatest natural wonders, including the Great Barrier Reef. The government also had the chance to lead the way for the rest of the world in an area which will dominate this century like oil dominated the last.

But should we be surprised? I don’t think so. Let’s not forget that our government is centre left, which means they’re only going to dip their toes into pressing social issues like education, health and the environment. Also, huge steps forward are generally easier done at times of economic strength, not uncertainty.

The government’s background in Trade Unionism did little to help encourage a bigger target either. Larger targets would have meant the loss of jobs in traditional industries, which didn’t make the trade unions very happy at all. During the week they were calling for conservative targets. Very narrow minded, if you ask me, because larger targets would have stimulated investment in new technologies which would have created jobs to offset those lost. Ironically, the banks and big business were calling for large targets for exactly this reason. They’re looking for new ways to make money, seeing as though the old ones haven’t been working so well recently.
I also don’t think we should be slinging mud at the Prime Minister. Well, I should clarify that. I personally think the decision is deplorable, weak and disgusting – Kevin Rudd is no longer my Facebook friend, and he’s lost any brownie points he got after apologising to the Stolen Generations and signing up to the Kyoto Protocol. But calling him ‘no better than Howard‘ as some commentators have, is a little below the belt. If John Howard were still Prime Minister, the target would be zero.
A lot of people on the Left were pretty euphoric when Rudd came to power – after so many years of conservative government, it’s hardly surprising. But I also think that our expectations were a little out of control, and that we’re judging Rudd’s performance based on our expectations, not on what he’s actually doing. Yes, if I were king I’d be doing things differently, but you’ve got to admit (if your soul is aligned a little to the left, like mine is) that things are better under a Labor government.