The Battle of the Metaphors

By Mark RiboldiOctober 21, 2008Politics
No Comments

This week, Australian Federal Opposition Leader Malcolm Turnbull accused the PM, Kevin Rudd, of blowing the world financial crisis out of proportion, and distorting the view of the Australian public out of sync with what’s going on in the wider world. 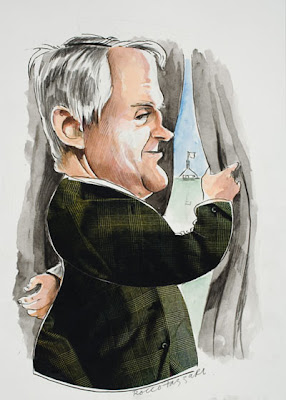 Hmm… I think it’s pretty serious Malcolm. The leaders on the cover of the Economist for the past five weeks have all been about the crisis, the past three being, World on the Edge, Saving the System, and this week’s ominous: Capitalism at Bay. I don’t think Mr Rudd, even with all the wide powers the Australian Prime Minister enjoys, has the power to manipulate the from cover of international current affairs magazines. I may be wrong, it’s happened before.

The specifics of Mr Turnbull’s problem with Mr Rudd appear to lie with the language the Prime Minister is using to refer to the global financial crisis. Big Kev has been rolling out language which makes the crisis synonymous with a national security crisis, making the Australian public feel like we’re at war. Mighty Mal prefers the analogy of a storm: “we will get wet, but we won’t sink”.

Grasping at straws? I think so. This is like Orwell and Huxley arguing over their visions of the future. Same same but different fellas. It’s also a little bit rich for a Liberal politician to accuse someone of misleading the Australian public using warlike language. Have we forgotten Iraq already? This actual war was sold on a lie. I seem to recall Tampa being sold using similar language. This time there’s hard evidence (check your superannuation portfolios) and the Liberals are crying foul. I feel like I’m in Topsy-Turvy World.

Also if we take a close look at the respective metaphors of Turnbull and Rudd, we should be able to see the problem with Turnbull’s argument, and also with right-wing politics in general.

A storm is a force of nature, uncontrollable. You’d call it the Deus ex Machina – the God in the Machine – the totally random and uncontrolled event that sweeps through and effects everyone. No one can do anything about it except ride it out. This is a ‘small government’ attitude: ‘we didn’t do it – we’ve got nothing to do with it, no repsonsiblitity, zip. It’s corporate, we’re government’ Bullshit. Governments create the regulatory conditions (or lack thereof) within which businesses operate. Anyone who thinks governments are not wrapped up in the composition of the world economy is a fool. The storm metaphor shirks responsibility and accountability.

A war metaphor, while perhaps not perfect, is much more appropriate. Wars are begun by people, fought by people and in the end they have to be resolved by people. Usually they begin because of some kind of greed and misunderstanding. Often, a series of small events snowball together into a much larger conflict or problem. They’re run by the people at the top, but it’s the people at the bottom who suffer most. Sounding familiar yet?

(Cartoon of Malcolm Turnbull by Rocco Fazzari – check his blog out here.)