This Henson’s No Muppet 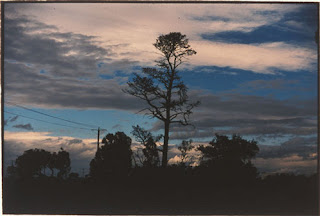 The government is again targeting photographic artist Bill Henson in a witch-hunt. If you’ve been living under a rock (or outside the country), in May of this year one of his shows was closed by the police, who seized 32 of his pictures, and Prime Minister Rudd called Henson’s photographs “absolutely revolting.” Why? Because the invitation to the show featured a photograph of a naked 12 year-old girl.

The uproar this time, spearheaded by Deputy PM Julia Gillard, is due to an article in the yesterday’s Good Weekend, where Henson described being escorted through a Victorian primary school by the school’s principal, looking for models. The Murdoch Press and government are spinning it to sound like Henson was hiding behind bushes in a trench-coat and dark glasses having a bit of a perve.

This picture couldn’t be further from the truth, and people should really read the Good Weekend article and also a follow-up piece focusing specifically on the primary school visit, before they start crying wolf. You can be sure none of the government or opposition leaders who are spitting out derogatory sound-bites actually read the whole article before they opened their mouths.

Personally, I’m not a massive fan of Henson’s photography, and before I read about him in the Good Weekend yesterday, I wouldn’t have written this post. I think he’s very good, and some of his images are extremely arresting, but it’s not really my cup of tea artistically and I probably wouldn’t go to one of his exhibitions. That said, I think there is absolutely nothing pornographic about his images. If the government are going to weigh in (and I don’t think they should – it’s not a government’s role to dictate what is or isn’t art) they should be ensuring that the people have all the information available to make informed decisions about the issue, not just jump on a populist bandwagon steered by Miranda Devine and 2GB.

The main arguments against Henson’s work are:

2) He exploits the children involved. Does he now? None of his subjects models for him without both their and their parents’ consent. Also, none of his models has come out and complained about him. Why do you think that is? 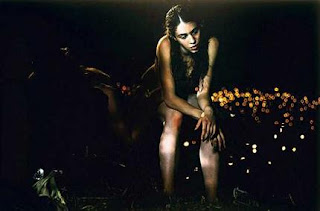 Whether it’s art worth looking at or paying money for is another question altogether. One person’s art is another’s toilet paper. Personally, I think if the images make you uncomfortable, then you should go and look at them, and work out exactly why they make you feel that way.