By Mark RiboldiSeptember 14, 2008December 14th, 2013My Travels, Photography
No Comments

On the morning of Day Seven of our trip we drove from Norseman to Esperance. This was our shortest day of driving, only 202km, so we got to Esperance quite early in the day, early enough to have a coffee on the shores of the bay, check out a lion seal and listen to Grant Hackett not get gold before we settled down for a late breakfast. 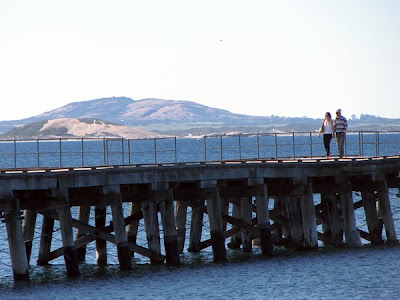 We’d heard that Esperance was a really nice place, and it certainly didn’t disappoint. In the afternoon we took a scenic drive drive around the coastline and visited a number of super sandy beaches, quite possibly the best that I’ve seen in Australia. Chris had a bit of a dip at one of them, I hung out of the beach and took photos. At another of the beaches were some cool rocks that looked like a dinosaur. That night we got a bit of variety into our diet, with some super massive Turkish pide. We still drank Coopers though. 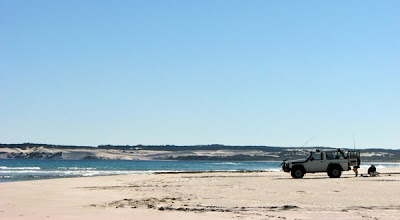 At the start of the journey we though we might have enough time up our sleeves to stay in Esperance for more than one night. Unfortunately, Chris developed a tooth problem as we were crossing the Nullabor. I think it was caused by an apple that he had for breakfast in Ceduna. Keeps the doctor away, but not the dentist. So because of that we only had the one night in Esperance and instead drove straight to Albany on Day Eight, skipping the Stirling Ranges National Park.

Chris had managed to get a dentist in Albany to take a look at his mouth at short notice, and while he was off having fun doing that, I settled into our accommodation in Albany. The cabins we stayed at in Esperance and Albany were pretty flash, bigger and better than some of the houses I’ve lived in. The one in Albany had the best location: from the front door to the sand of the beach (not just the dune) was ninety five steps. 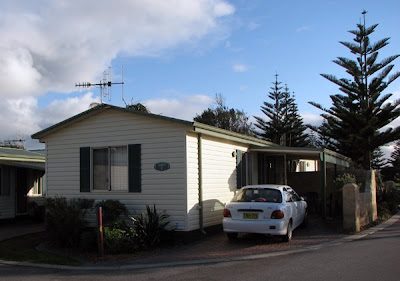 When Chris returned from the dentist he had good news – his issue wasn’t serious and so we wouldn’t have to rush straight to Perth the following day. Instead, we decided to spend two nights in Albany. Chris had seen a dive shop on the way into town and was thinking about doing a dive into the wreck of a ship that they’d sunk for the purpose.

Unfortunately, that next day was probably the worst we’d had for weather for the whole trip. It was raining on and off and the wind was chopping up the water. Unsuitable conditions for diving unfortunately. Instead we did a bit of driving, around King George’s Sound and Frenchman Bay, checking out some awesome natural features like blow holes and a rock bridge, and also Whale World which wasn’t nearly as impressive but gave me the chance to buy some souvernirs. That night we continued out culinary experimentation with some Thai. Not very adventurous Thai though – a Pad Thai and a Pad See Ew. 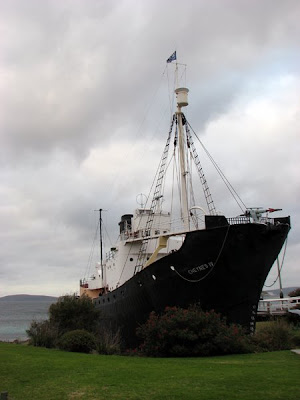