Sydney to Perth in 10 Days (Part One)

I’ve been back from my trip for over a week now, so it’s probably time to start writing about it. All in all it was quite a staggering experience. I really don’t know what I was expecting when we first set out. Lots of driving and meat pies I guess. I’ve gone through the photos and picked out some of my favourites to share with you. There’s a reasonable number, and I tend to get keyboard diarrhea when writing about my travels, so it might take a few posts to get through it all. 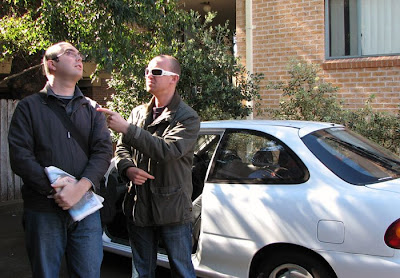 This is us at the beginning of our journey, goofing off and pretending we have no idea where we are going (though I think Chris is actually pointing in the right direction). We set off at around midday and drove to Chris’s brother’s place in Albury. It was probably the least interesting drive of the whole ten days, though the dinner we had was arguably the best, with Chris’s brother knocking up a Greek roast.

The next day we followed the Murray River towards South Australia, crossing back and forth between New South Wales and Victoria as the road dictated. We stopped in Echuca for lunch, Australian home of regular reader Captain Oddsocks, and I’d been told by another regular, Xu Xu, that the best pies in the world were to be found at Echuca’s Beechworth Bakery. The pie in question was the Ned Kelly pie, and it had beef, bacon, cheese, potato and egg. It was pretty damn good, that’s for sure, but it wasn’t the best pie in the world. I’d had that for breakfast, a beef and mushroom pie with red wine sauce from the pie shop at Rutherglen. 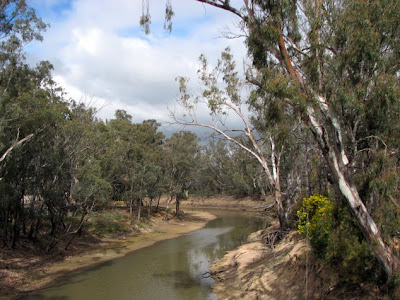 We were driving through wine regions that day and the landscape was extremely picaresque. Initially we thought we’d make it to Renmark in South Australia by the end of the day, but we started off a bit late and had misjudged two things. The first is the distances that we were traveling and how long it would take us to cover them. And the second is that when you’re driving west, the sun gets in your eyes from about four in the afternoon, making driving difficult. It’s also the time that the kangaroos start coming out to play, and we figured that our car wouldn’t survive a direct hit. 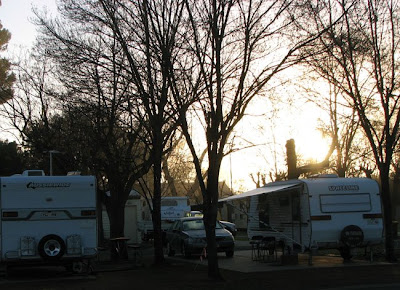 So we stayed in a caravan park in Mildura (which reminded me of the computer game Silent Hill), and began a routine that became our staple for the duration of the trip. The caravans usually had a double bed and then a set of bunks, and we took it in turns having the double. We stuck the telly on to watch the Olympics (Chris quickly becoming annoyed with Channel Seven’s coverage, me falling for Stephanie Rice before I knew she’d kiss just about anyone – heartbreaker), went out and got some takeaway and a six-pack of beer and got to bed reasonably early.

Channel Seven’s coverage of the Olympics was pretty ordinary, you’d have to agree. I had two particular annoyances. One was that Rugby Union guru Gordon Bray was being shuffled around all over place having to cover events he didn’t know all that much about (Ping Pong, Equestrian, Hockey, Volleyball…) and the second, more serious crime, was B-list celebrity Tom Williams calling the kayaking: the decision-makers must make a decision; he’s just dropped down to the second drop. What a tool.

Back to the trip. We learned from our mistake the previous day and got off to an early start. Just before we crossed into SA, we were driving in the Murray-Sunset National Park, which was pretty grim and desolate. I asked Chris are you loving every piece of Victoria? Not really he said. Maybe we needed big balls of coloured string to really appreciate the place.

But when we passed into South Australia I started to feel the love – rolling hills, the Flinders Ranges, wine country. We had lunch at a nice town called Crystal Brook, where I discovered Farmers Union Iced Coffee (far superior to anything else in Australia) and by the end of the day had arrived in Port Augusta. We had dinner in a pub and had to drink West End, which Chris reckons is the worst beer in Australia. He may be right. They call schooners pints in South Australia. Fools. 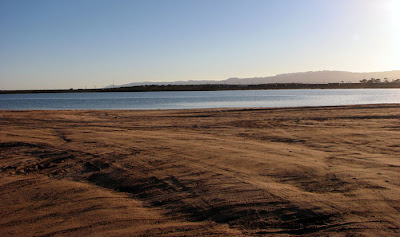